As we continue our journey west, we venture into the beautiful Black Hills area of South Dakota…there is so much to see here that one stop could not encompass all its richness and beauty. So we stuck with the top highlights…

Back side – Dignity: Native American Statue 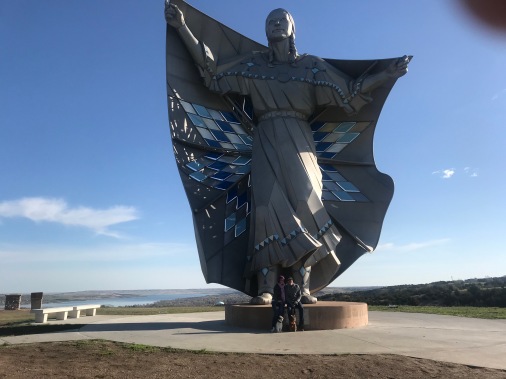 Of course, the month of May brings a few birthdays that I would be remiss not to mention. Ella and Xavier both celebrated birthdays, and this year while on the road we decided to focused on life experiences vs. “things” to have during these milestones… Each, of course, picked widely different ways to celebrate, Ella’s 15th birthday was celebrated both with a visit to the local hair salon for a bit of “color highlights” and a sophisticated breakfast treat at a local hip coffee house. While Xavier’s 11th birthday, had an all “banana” day and a visit to a local favorite Reptile Museum to delight in all things that slither (sigh…mom REALLY, REALLY!!! doesn’t like these, but pushed through with lots of prayers to make him happy)…

Now, as a child in P.R., and then coming to Miami at a young age I spent many hours reading, and watching so many historical documentaries (i.e., National Geographic, PBS Specials, etc.)…so as we approached this leg of our journey anticipation had begun to build up… So many of these National Parks and Monuments have been more of a “theoretical dream,” than a reality… I have to completely admit as we drove up to the road that led up to Mt. Rushmore, I was excited and trying to explain this to my kids. It was hard to put into words but then I look and the Monument popped into my peripheral view, I was speechless for a few minutes. Something that I had seen in pictures so many times was there right in front of me (I know that’s silly to some). It truly humbles me all that God’s has allowed me to see and experience through this life-changing Journey.

Mt. Rushmore is a National Monument (Sculpted by Gutzon Borglum), which was created to commemorate the “founding, growth, preservation, and development of the United States.” This effort came at a time when the country was at the brink of a recession (the project design began in 1925). The project gave hope to the local community as it employed over 400 men and women for more than 14 years that would have otherwise gone in need. 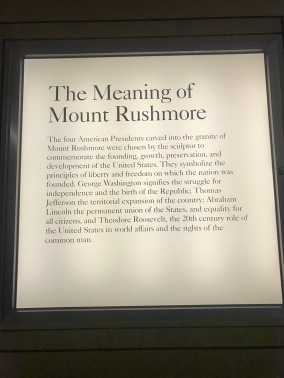 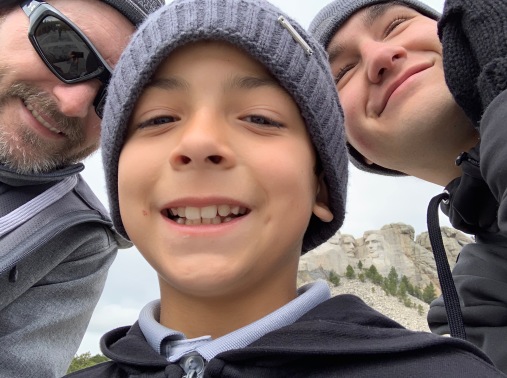 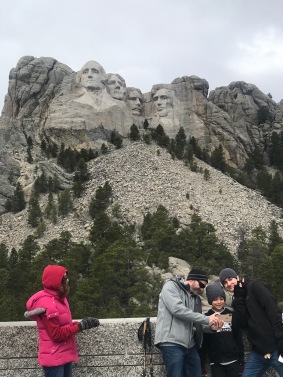 Family at the foot of the mountain 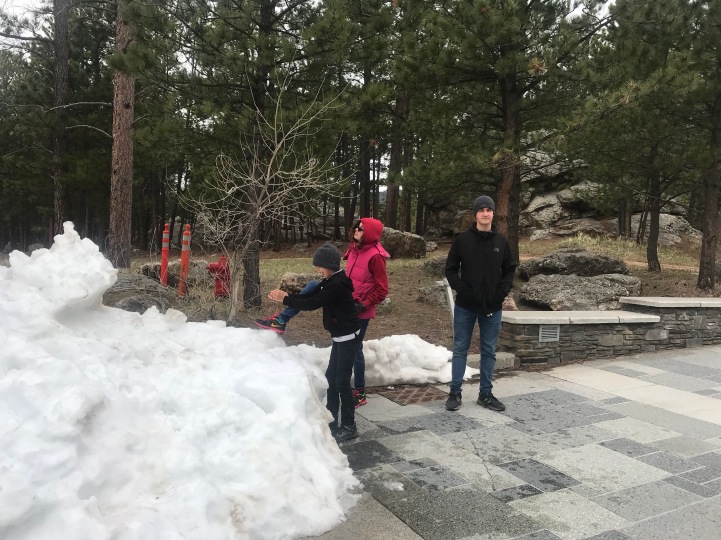 Yes!!! there was still snow on the ground 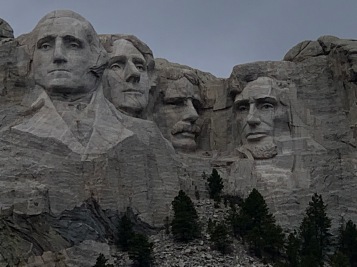 Another great local achievement and a must see is the “ongoing building” of the monument to Native Americans and hero, Crazy Horse. This significant undertaking began in the 1940s when Chief Henry Standing Bear contacted Korczak Ziolkowski (who was the assistant to Gutzon Borglum during the Mt. Rushmore project). The project was taken up by Korczak and his family (which to this day continue his work). Unlike the other monument in the area, this is a privately funded monument so that the integrity and vision of the project would be followed through to the end. On-site, they house a Native American History Museum, Studio, and are also funding a University and a Medical Center for the local tribes. This vision and homage to the local community remind me that even when we have not always treated all as we should in our history, we can, however, look into the future and recognize the beauty of others.

Lastly, whether we were on mountain tops or delving 34-floor stories into the earth (Jewels Cave National Monument) to see how intricate God’s creation can be, once again, though I do not like to be in enclosed spaces, I “sucked it up” and went deep down in the earth to see the “jewel” of a wonder. Jewel Cave, currently is the third longest cave in the world at 200(+) miles of mapped passages ways (which get updated every few weeks as survey teams head out to explore every 4-6 weeks). They are called “Jewel Cave” for their “calcite” crystals which lined the cave and glitter.

Yes.. it was sunny and snowing at Jewel Cave

Third Longest Cave in the World!! 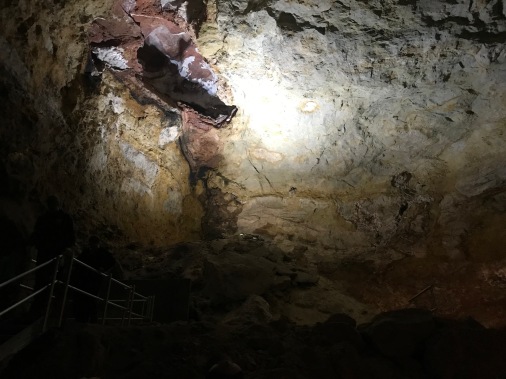 Inside the Cave (Scenic Tour)

Keith and Merari – quick selfie down in the Cave 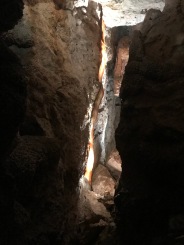 Duncan and Xavier with the “sheep” Buffalo

Keith and Merari with local art

“Remember is just not the Destination, but the Joy of the Journey!!!”

Published by the lighted pathway

This site is dedicated to our latest adventures. We launched from the stationary lifestyle in the summer 2018 to a full-time RVing journey…

Check back often to see where we are…Remember it’s not just about the destination, but the Joy of Journey!!!